Civic Token Sale Was A Win 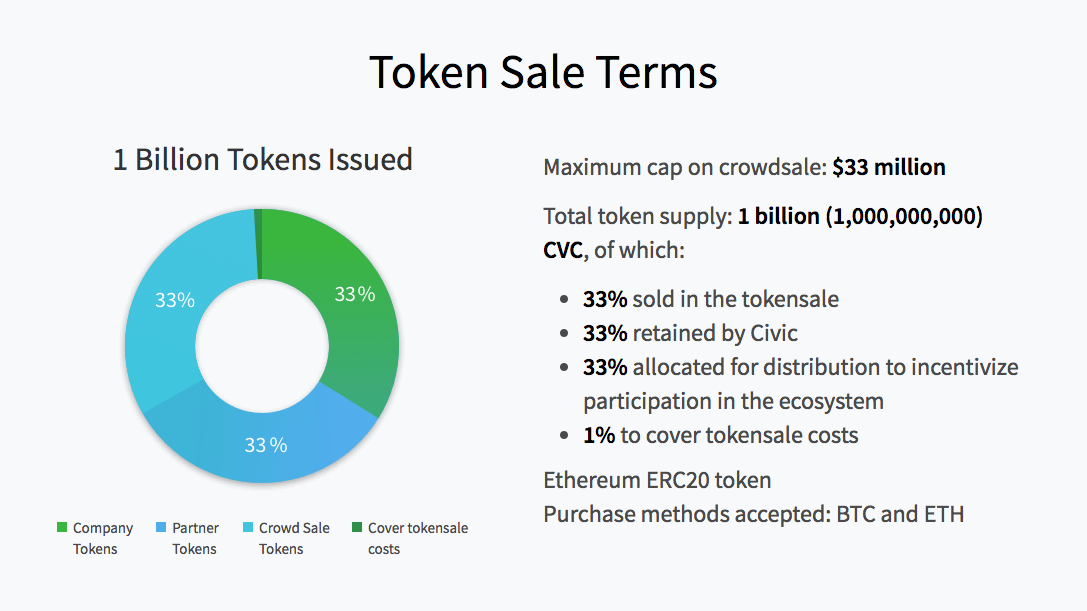 A Wonderful Display of Execution

Last month I wrote an article about my experience with the Civic token sale titled “What Is An Ico?” (read it here) breaking down the definition of an Initial Coin Offering. We tackled things like the process to enter into a crow sale and how to spot possible scams. However, I felt there was a proper follow up needed following that particular startup’s token sale. I’d like to expand on it a bit more, as I see new startups launching ICOs on a daily basis and feel every bit of info, experience, and constructive thought can be healthy for this burgeoning industry.

If there was a blueprint for how an ICO should begin, operate, and distribute…Civic wrote it. The Civic token sale execution was precise, the process was seamless, and the service was attentive. In the weeks prior to the sale I had done some research on the company, and what I saw was impressive. Their goals, their content, and their technology was solid. The whitepaper was thoroughly informative and their website was just as clean. There was major media covering it and the founder Vinny Lingham is a well-known entrepreneur in South Africa who’s had a two-year stint on South Africa’s version of Shark Tank, the Dragons’ Den. So, all signs pointed to legitimacy…but I’m human. So, I questioned it.

Within 2 days the crowd sale concluded, netting a whopping $33 million in token sales. While my transaction had completed on the first day, it would take some time for the tokens to get deposited into my imToken wallet. So, I waited. Anyone who’s invested in anything can probably relate with me as I sat sweating out the possibility I had just thrown money away. I waited for six days following the conclusion of the Civic token sale without hearing anything and eventually reached out to Civic via twitter, asking about the status was of token delivery. The same day they tweeted back: 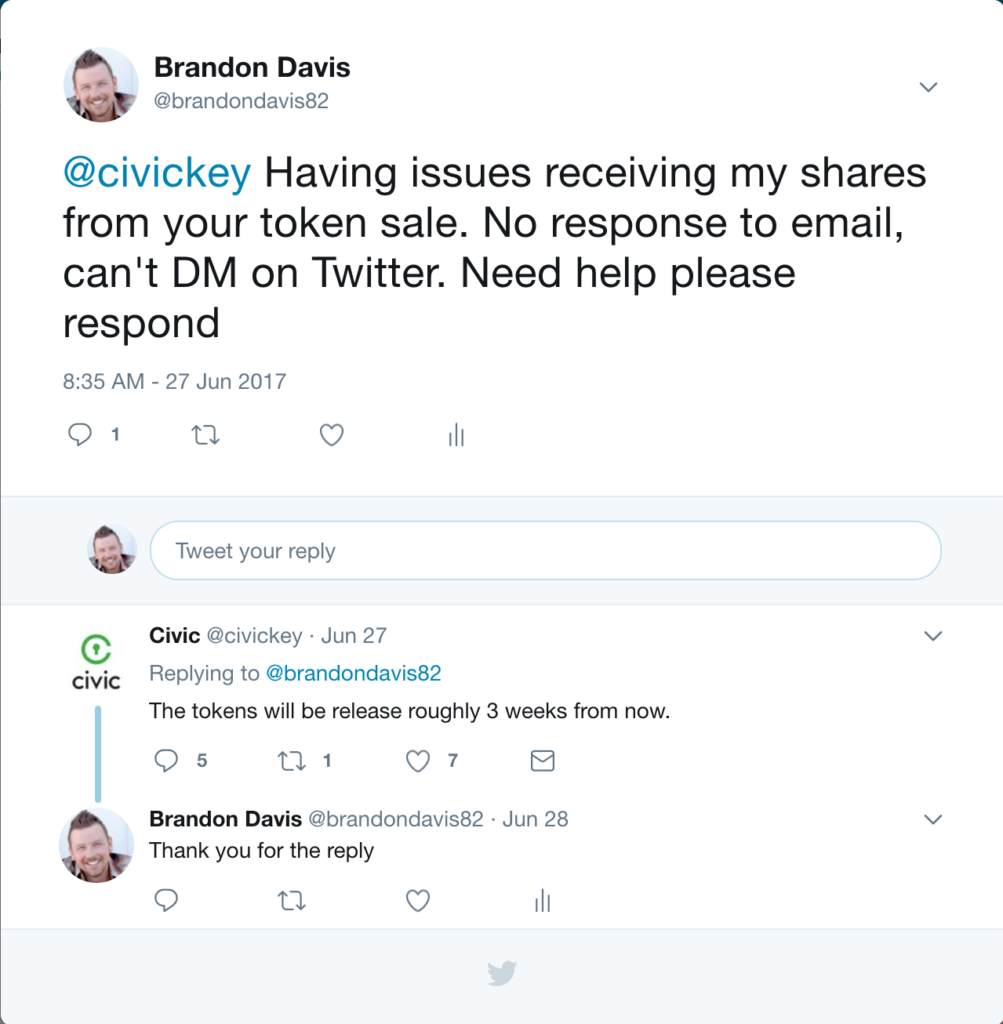 In the weeks that followed I was updated via email the status and timeline for payout at least twice. Then on July 16th my transaction was processed and my shares landed in my wallet. *Sigh of relief* However, the days that followed have been even more exciting watching the coin be traded, gain value, and gain exposure on Bittrex. At the time of this writing, a CVC token is worth about .17¢ and it’s got nowhere to go but up as the company & app builds momentum. I feel positive about investing in this new company and will continue watching as it grows.

I can understand the excitement of these early investments and totally see value. However, as I wrote in this previous blog, be cautious. Do research, check history, and make sure you’re investing something that makes sense. Ask questions in our forum here and use the other features on this site as a resource.

Happy trading out there!