What Is An ICO? 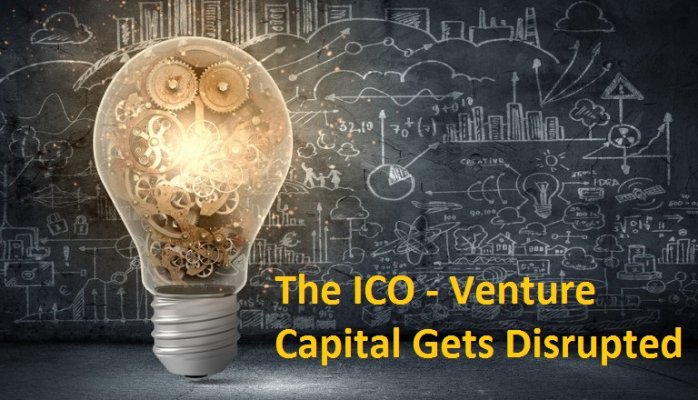 And Why Is It Disrupting Business?

There’s a lot of buzz on the ‘ol internet about crypto currencies, markets, and investments these days. And for someone new getting into this exciting new world…it can be a bit daunting trying to decipher what’s good info, bad info, and blatant scammage. There’s a lot of opportunity in the cryptocurrency world, as well as technologies that will disrupt whole markets and change the way future currency and information is used and traded.

I was introduced to what an ICO campaign is by a colleague in a private cryptocurrency Facebook group, who mentioned that a particular company was offering shares at 0.10¢ each. I’m over here like, “wtf is an ICO?” After some research, I learned that in an ICO campaign, a percentage of cryptocurrency is sold to early backers of a project in exchange for legal tender or other cryptocurrencies, like Bitcoin, Etherium, Litecoin, etc… When a startup company wants to raise money through an Initial Coin Offering (ICO), it usually creates a plan on a whitepaper which states what the project is about, what need(s) the project will fulfill upon completion, how much money is needed to undertake the venture, how much of the virtual tokens the pioneers of the project will keep for themselves, what type of money is accepted, and how long the ICO campaign will run for. In basic terms, you’re using cryptocurrency to buy shares of a company that’s going public.

Why Is This Disruptive?

In the last 10 years, one of the biggest ways that startups have raised capital or early investors was with the use of crowdfunding channels like Kickstarter, Indiegogo, GoFundMe, etc.. While crowdfunding is no new concept (similar concepts with war bonds date back to the 1700’s), one of the features of most crowd-fund projects is if the money raised does not meet the minimum funds required by the startup, the money is returned to the backers. An initial coin offering is the same. Early investors in the operation are usually motivated to buy the shares in hopes that the plan becomes successful after it launches which could translate to a higher share value than what they purchased it for before the project was initiated. That’s investing 101.

So, I decided to take my colleague’s advice and invest in the ICO he mentioned. My first step was to learn the very basic ropes on sites like instacoins.com, I read up different versions of the start up guide. When I was confident enough, I bought Bitcoin and added it to my wallet. For this particular transaction, I used Coinbase to buy my Bitcoin, with which I eventually used to buy my shares in this new startup company’s crowd sale. However, the startup required a wallet that is ERC20 compatible to return my shares to me, so I turned to a wallet the company recommended named imToken. This wallet focuses on the ETH currency and is a favorite among ICOs, and you can actually use their “Discover” tab to see new offerings taking place. It’s a super user-friendly platform with a clean minimalist app for Android & iPhone. The crowd sale launched at 10am and I got my place in line at 10:09, which was 9,763. How the fuck THAT many people got in before me, in 9 minutes…is amazing. There was a pretty awesome feature that emailed me as soon as it was my turn to buy so I didn’t have to sit there waiting and wondering. Once I got the email, I hopped on the app and transferred my BTC to buy the shares, gave them my imToken wallet address to return my shares to me once the crowd sale finished, and boom I was done. That easy!

While this first experience in an ICO taught me a lot, it was the research I did on this type of trading that helped to see some eye-opening things. There are a TON of scams and fraudulent crowd sales happening out there, and for good reason. The startup I mentioned earlier, raised $33 million in their crowd sale in 4 days. That’s fucking insane money, and shady people see this new market as a way to rip people off and sail off into the distance without repercussions. I encourage you to do your research, ask questions in our forums here, and look for obvious signs. The startup I mentioned before had obvious positive signs. Their app was on iTunes & Android, news outlets like Reuters and CNBC were talking about it, and the website and whitepaper was clean and pro (no misspellings or weird language). If an ICO has no news coverage, doesn’t have its ducks in a row, and smells a bit scummy…it probably is. Always proceed with caution and research research research.

Hope you found some value in this, happy trading!